All this month, we are bringing you project after project featuring some of our favorite die-cuts from JBS Mercantile and JBS for Jessica Sprague. Die-cutting machines have really changed the face of modern scrapbooking, allowing scrappers to create and customize titles in a variety of fonts and sizes, to build layouts on backgrounds featuring die-cut patterns, and to invite creative ways of using both positive and negative space on layouts. In fact, the following layout features all three: 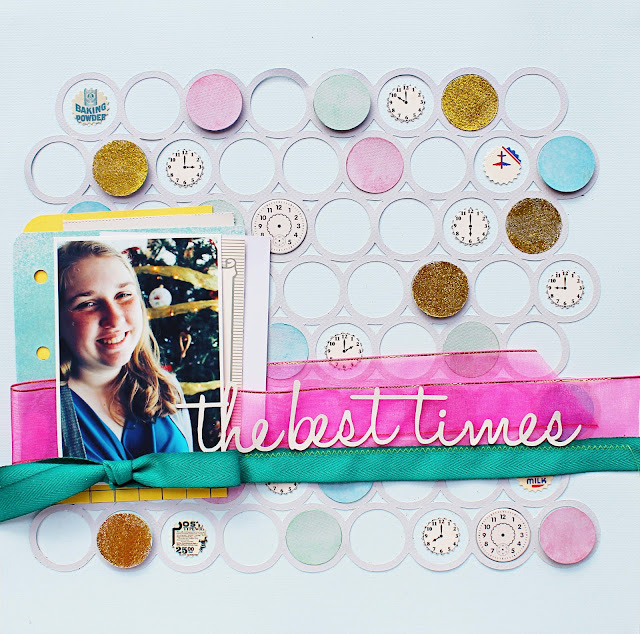 I started by opening the Backdrops die-cut. Since I wanted to focus on the circle section only, I selected and copied that section and opened it in a new file, where I enlarged it to fill almost the entire space. 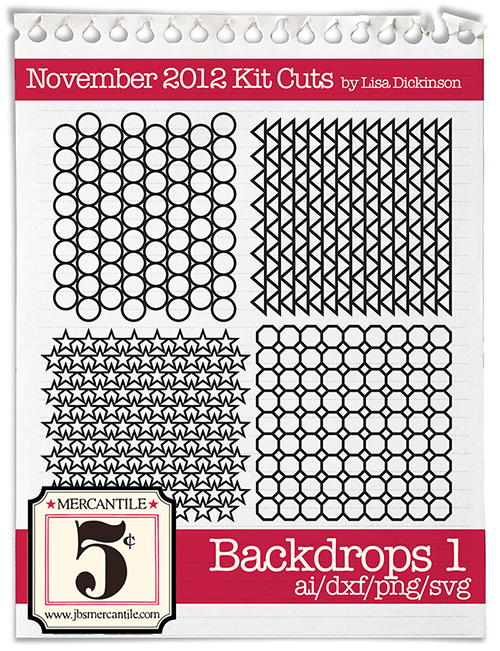 After my die-cut machine had finished cutting the circles, I carefully removed the die-cut from the sheet, starting with the circles themselves. I stacked these and set them aside, and then removed the backdrop itself.

Color-wise, I wanted to work with Christmas colors without the layout being overtly a holiday layout, so I decided to use softer colors in my palette, staring with a sheet of ice blue cardstock, on which I placed and adhered the backdrop.

I then set out to fill a few of the negative spaces, creating little "homes" for punched circles of several kinds.  For the smaller circles, I used the JBS Classic Blue Ribbon Punch  on an accessory sheet from the Red and Black collection as well as on a few postage stamp sticker sheets.  The larger circles were taken from those left behind in the die-cut process. I misted them in green, blue, and pink, but to soften the color, I flipped them over right after misting them and dragged them lightly over a sheet of scrap paper. 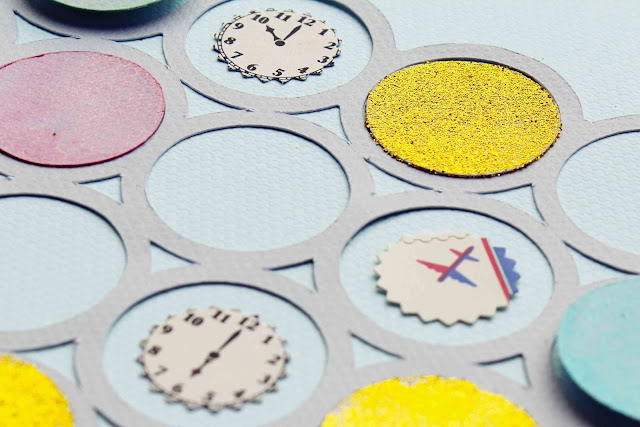 Right now I am feeling gold accents in a big way, so I had to add a few glittered circles as well. I brushed a light layer (the thinner, the better) of glue over the cardstock circle, and sprinkled gold glitter over it. Instead of shaking off the excess, however, I pressed the glitter into the circle, smoothing it across the circle with my finger.  The final kind of circle that I included in the layout is actually a peek at something new -- JBS Watch Faces printed chipboard! 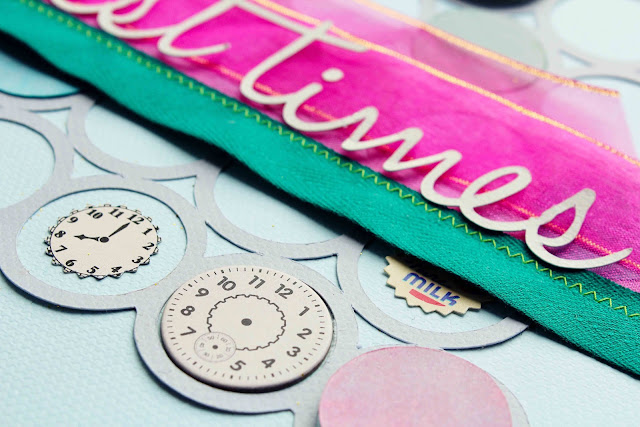 If you know me, then you know that no layout feels complete to me without journaling.  I know it appears that there is no journaling on this layout, but it's there -- tucked behind the photo: 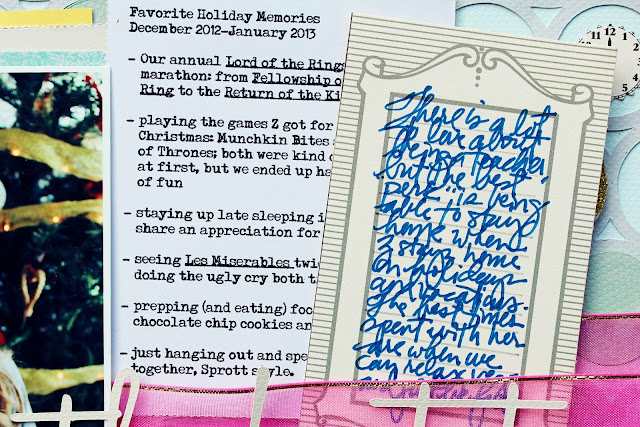 The typed journaling is on the back of a perforated card, taken from a sheet of die-cut Fancy Checks paper. The handwritten journaling is on a card trimmed from an accessory sheet from the Wren collection. I placed the die-cut title (which uses a free font, Halo Handletter) just below the photo, atop a length of ribbon.

There you have it -- a layout that embodies all the reasons why I love die-cuts so much!

Be sure to check back regularly all this month for even more ideas. I've had a peek at some of them, and you are in a for a real treat!