All this month on the JBS Mercantile blog we've been sharing a variety of holiday cards, and with 2012 just a few days away, it's time to get working on those New Year's greetings! 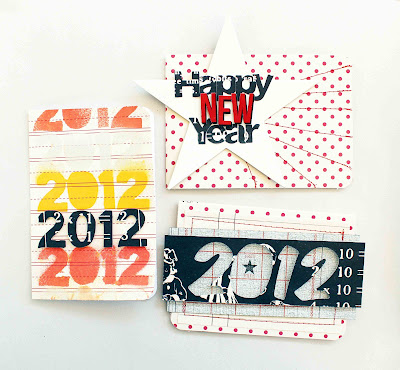 New year's celebrations, for me, are always a mix of elegance and funkiness, and that is exactly what I was trying to channel when I created these cards.

For the first card, I used a die cut machine to cut out "2012" from a sheet of JBS "Multiplication" patterned paper, and then I misted over the negative space several times, working in the die-cut numbers backed by adhesive dots as a finishing touch. 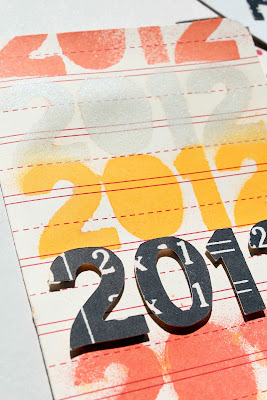 The second card took a similar approach, using the negative space from die-cut numbers and trimming it into a block. 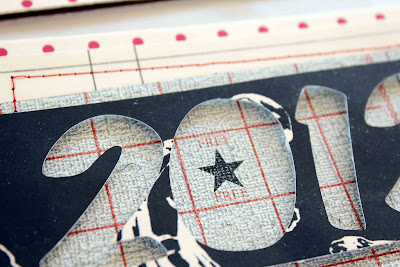 I placed the block over layered papers, including the B-side from the Christmas Accessory Sheet (which I love), some ledger paper, and a strip of the Bingo card pattern from a piece of "Love This" Coredinations cardstock.
The third card that I created incorporates a "beaming" chipboard star, placed against a sewn background.  I layered more die-cut letters and red and black letter stickers over the star. 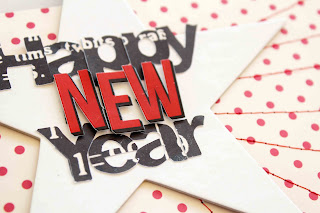 Now I just need to put these in the mail, and hope that they do their job: making it clear that it is going to be a very happy new year indeed!  Have a great one!